How the IMLC Expedites the Physician Licensing Process

*Updated August 2, 2022 to include Ohio as a state of principal licensure.

Ohio, Texas and Delaware have recently joined the Interstate Medical Licensure Compact Commission (IMLC). This is good news for physicians who hold a primary license in those states, and are interested in pursuing locum tenens in other states that participate with the Compact, where they will now have an easier time obtaining additional licenses.

Through the IMLC, locums providers can complete the physician licensing process for participating states in a matter of days or weeks instead of months.

What is the IMLC?

The IMLC is an agreement among participating states to streamline and expedite the licensing process for physicians. “The idea behind the Compact was to create a platform where providers could pursue licensure in different states with greater ease, without compromising the necessary scrutiny for examining their qualifications,” says David Richardson, senior vice president of customer experience at Hayes Locums.

34 states, the District of Columbia, and the Territory of Guam currently participate in the Compact. Physicians are licensed by 46 different medical and osteopathic boards. Much like locum tenens, the Compact plays an important part in funneling providers to underserved areas of the country.

“One of the biggest challenges in healthcare in general is physicians having to go through the credentialing and privileging process for every state where they practice,” says David. “The IMLC removes a lot of barriers and makes providers more likely to get licensure in states they might not if the process were more involved. States where people have difficulty accessing healthcare.”

This aspect of the Compact is particularly important considering the physician shortage of more than 100,000 doctors predicted by 2030, and the eventual retirement of nearly 45% of the physician workforce that is age 55 and up.

How the IMLC Benefits Locum Tenens

Providers are able to obtain additional state licenses on a significantly shorter timeline through the IMLC. “In Texas, the licensure process can take up to six or even eight months,” says David. “With the Compact, when a provider meets the requirements, the process is cut down to, in some cases, as little as two to three days.”

Once a physician has been confirmed to meet the IMLC’s strict eligibility requirements, their State of Principle License (SPL) shares that information with other states participating in the compact, significantly speeding up the physician licensing process. Providers are only required to complete one application to qualify to practice medicine in multiple states, significantly reducing the burden of obtaining multiple licenses for locum tenens assignments.

This also allows locum tenens agencies to offer facilities a wider variety of qualified and interested candidates, without having to limit selection to those who currently have active licenses. “Some locums doctors wait for states to join the compact before choosing to practice there,” says Jenna Dorfman, licensing specialist and supervisor at Hayes Locums.

Which States/Territories Currently Participate with the IMLC?

* not considered “States of Principle Licensure”

There are a few obstacles in the way of the entire country participating in the Compact. “Every state has their own licensure requirements and bylaws,” says David. “It can be difficult to let go of that and open up to a centralized credentialing platform.”

Even in states where joining the IMLC has popular support, the process of joining can take a long time. “There are laws that have to be passed, and that can take years,” says Jenna. “It’s even harder because COVID has restricted in-person meetings where this process takes place.”

As of now, the majority of states in the U.S. are either members of the IMLC or have passed the necessary legislation and are in the process of implementation. The emergency licensing orders issued during the COVID-19 pandemic have demonstrated the need for a faster licensing process without compromising scrutiny, so it may only be a matter of time until the rest of the country follows suit.

Contact us more information about applying for physician licensing through the IMLC. Our team will walk you through the options available to you. 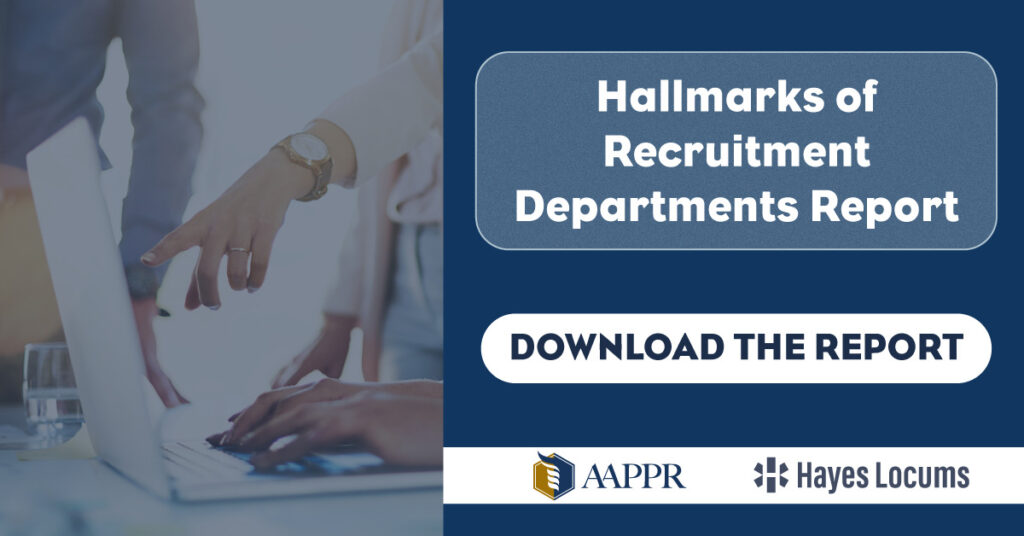 AAPPR Report: The Hallmarks of a Successful Healthcare Recruitment Department

The Latest Trends in Compensation for PAs and NPs